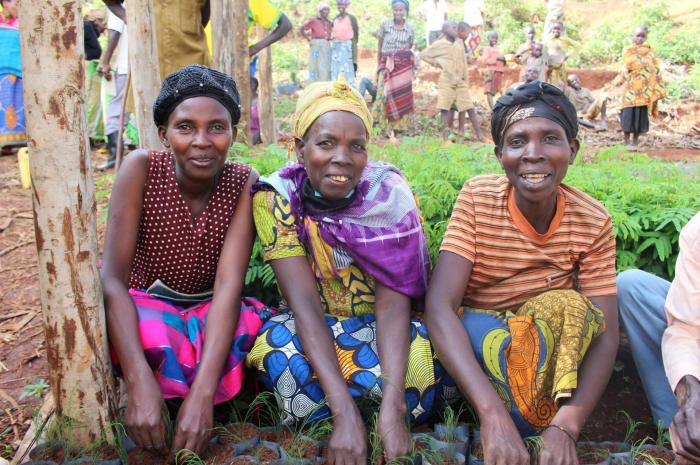 Fifteen game-changing initiatives in fourteen countries were honoured as winners of the United Nations Climate Action Award at a special ceremony at the UN Climate Change Conference (COP 24) in Katowice, Poland, on Monday.

“These activities shine a light on scalable climate action around the world,” said Patricia Espinosa, Executive Secretary of UN Climate Change. “They are proof that climate action isn’t only possible, it is innovative, it is exciting, and it makes a real difference.”

The Momentum for Change award, spearheaded by UN Climate Change, showcases some of the most practical and replicable examples of what people are doing to address climate change. This year’s winning activities range from an app that promotes the fight against food waste to a government that is taking 100% responsibility for its greenhouse gas emissions.

“Climate action leaders, including those recognized by Momentum for Change, are stepping up to meet the global climate challenge by delivering on the Paris Agreement,” said UN Secretary-General António Guterres. “These inspirational leaders, from communities, governments, businesses and organizations, come from all corners of the globe and all levels of society. Their winning projects range from transformative financial investments to women-led solutions to protect people and the planet. Through their leadership and creativity, we see essential change.”

The winning 2018 Lighthouse Activities were lauded by ministers, negotiators, NGOs, celebrities, and other conference participants. Acclaimed co-pilot of the first flight around the world in a solar-electric airplane, Bertrand Piccard, served as the event’s master of ceremonies. The award ceremony also featured a speech by Ms. Espinosa, as well as inspirational videos narrated by Sir David Attenborough, poet Aka Niviâna, Bertrand Piccard, YouTube star Caspar Lee, and a musical performance by American cellist and storyteller, Ben Sollee.

Climate Neutral Now
• Creating the Greenest Football Club in the World – Forest Green Rovers| United Kingdom: The Forest Green Rovers is bringing eco-thinking and technology to a new and large audience: football fans. In 2010, the team began its journey to becoming the world’s first carbon neutral football club and has since been described by FIFA as “the world’s greenest football club.”
• Monash’s Net Zero Initiative | Australia: Monash University, Australia’s largest university, has committed to reach net zero emissions by 2030 for all four of its Australian campuses.
• Kilimanjaro – Climate Neutral Supply Chain | Norway: Fjordkraft, the second largest electricity retailer in Norway, is using its purchasing power to inspire all its suppliers to be climate neutral by 2019.
• Carbon Neutral Government Program | Canada: In 2010, British Columbia became the first government at the provincial, territorial or state level in North America to take 100 per cent responsibility for its greenhouse gas pollution, from all 128 of its public-sector organizations.

Women for Results
• “Yalla Let’s Bike” Initiative | Syria: Women are defying traditional gender roles and combatting overcrowded streets by promoting bicycling as a healthy and sustainable mode of transportation in the war-damaged city of Damascus.
• Women Leading a Food Sharing Revolution! | UK, Sweden, USA: Women are leading a food revolution with OLIO, the world’s only neighbour-to-neighbour food sharing app. OLIO is co-founded and led by women and two-thirds of the app’s users are women.
• HelpUsGreen | India: Women are creating compost from ceremonial flowers and simultaneously cleaning up the River Ganges.
• Feminist Electrification: Ensuring Pro-Women Outcomes in Rural Energy Access| Haiti: Energy poverty, a lack of access to modern energy services, is disproportionally affecting women in rural areas. So, EarthSpark International, a women-run enterprise, is meeting this challenge head on by approaching all its energy access projects with a gender lens, something it calls “feminist electrification.”

Financing for Climate Friendly Investment
• Rwanda Green Fund – FONERWA | Rwanda: The Rwanda Green Fund (FONERWA) is investing in public and private projects that drive transformative change. It is one of the first national environment and climate change investment funds in Africa.
• The MAIS Program | Brazil: The MAIS Program (Modulo Agroclimático Inteligente e Sustentável) is helping family agricultural operations adapt to climate change in the Jacuípe Basin, Brazil’s semi-arid region.
• Catalytic Finance Initiative | Global: Bank of America Merrill Lynch is working with partners to mobilize approximately USD 9.5 billion for innovative and high-impact climate mitigation and sustainability-focused investments.
The 2018 Lighthouse Activities were selected by an international advisory panel as part of the secretariat’s Momentum for Change initiative, which is implemented with the support of The Rockefeller Foundation, and operates in partnership with the World Economic Forum, donors supporting the implementation of the UNFCCC Gender Action Plan, and Climate Neutral Now.
Digital assets: