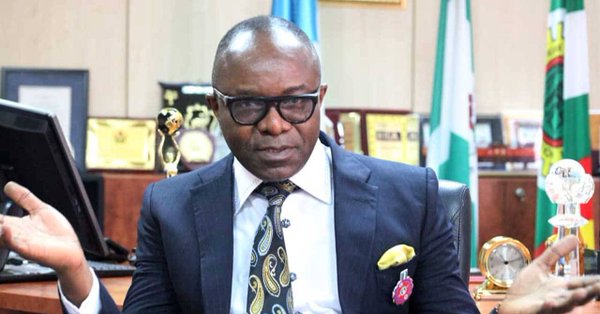 Kachikwu disclosed this while fielding questions from newsmen at the just concluded Nigerian International Petroleum summit, on Wednesday in Abuja.

“We projected for the licences renewal probably around two billion dollars; right now, we are at about $1.2 billion, or $1.3 billion.

I don’t have the total number of the people renewing, but I’m aware it should be around 20 to 30 renewals,” he said.

The Minister said that although most of the licences were due for renewal between 2019 and 2020, the ministry decided to start early for some policy reasons.

According to him, the law allows that one can renew a license six months before its expiration.

“We decided to start the process early to generate some revenue for government. We also looked at the terms under which they are renewed; that is all what we are doing,” he said.

Kachikwu noted that early renewal was necessary for many companies to have opportunity to access money from banks for fresh investments.

He added that companies that had less than six months for their licences to expire would never have access to funds in any financial institution.

“So, you need a long span to be able to get all these and that is what we are trying to do,” Kachikwu said. He noted that terms under which the licences were being renewed were reviewed and that a lot of revenues were being generated.

Speaking at the Nigeria International Petroleum Summit (NIPS) in Abuja yesterday, Izuwah said: “We should concession the refineries to the private sector. The investments would come. When you concession, they would rehabilitate, make further investments and recoup their money.

“There is a huge opportunity in refining. Petroleum is the only thing that increases in volume when you process it. If you take 42 gallons of crude oil, it gives you 45 gallons. It actually breaks the laws of Chemistry and physics. It increases in volumes because of the cracks. It is a profitable business and we need to bring in the private sector.

“The role of government is to create the enabling environment to attract investors into the sector, the way it was done for the telecommunications industry. The future of the petroleum industry in Nigeria and for us to reap true value is the private sector. Government does not have the money.

“The depot system has to work. It is a profitable business. You should also at the same time concession it to the private sector, they would make the investment and then, those assets would start to earn revenue for government”, he explained. Also speaking at the event, Babajide Soyode, of Dangote Refinery described the NNPC refineries aa goldmines.