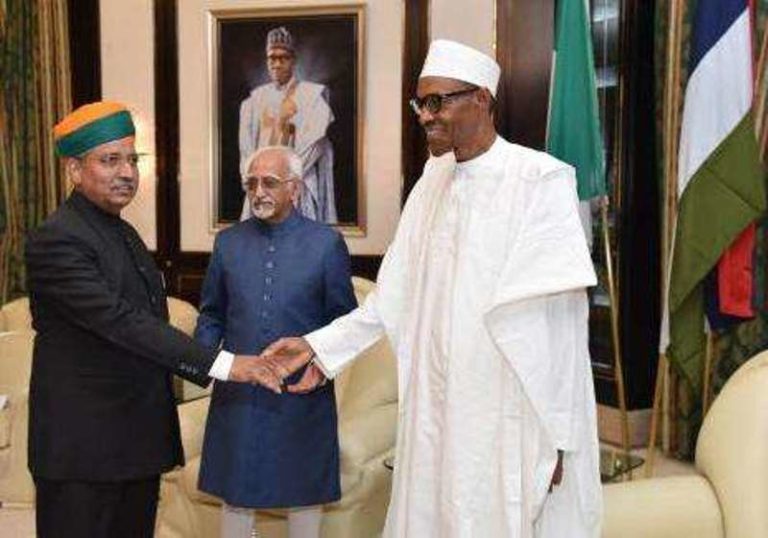 Fresh from his comfortable re-election, Nigerian President Muhammadu Buhari faces a huge hurdle to keep his vow to end the economy’s addiction to oil: win a lasting peace in the crude-rich Niger River delta.

The 76-year-old former military ruler will have to score a breakthrough that’s eluded previous governments in an area where armed groups and thieves pose a constant threat to the flow of crude. To carry out his plans to develop a backbone of stable power, roads and rail lines for agricultural expansion and industrialization in Africa’s most-populous nation, Buhari needs all the money he can get from oil, the source of two-thirds of government revenue.

“Oil revenue is still what dictates government spending and they will need to keep production going,” said Jubril Kareem, a Lagos-based analyst at Ecobank Energy Research. “Buhari has to be very smart in handling the situation because any disruptions will impact government revenue.”

While armed assaults in the region have eased, sabotage, protests and crude theft for local refining and sale to rogue vessels offshore are undermining Africa’s biggest oil industry.

Exports still haven’t recovered from militant attacks in 2016 that at one point slashed by as much as half the West African nation’s exports and combined with lower oil prices to push the economy into its first contraction in 25 years.

Improving oil flows will require dismantling what Ledum Mitee, a minority rights activist in the delta, calls a “rogue economy” in the area. And Buhari is operating in hostile political terrain. In the presidential elections, he lost in the region to Atiku Abubakar, who’d promised to relinquish some federal control over oil resources if elected.

“While the militancy went down, there was an increase in artisanal refining and crude theft,” Mitee said. “At last count, that industry was employing about half a million youths in the Niger delta.”

The government has failed to meet its revenue targets in the past three years mainly due to lower-than-expected crude volumes, with only about 52% of expected income for 2018 realized by August, according to Finance Minister Zainab Ahmed.

In response, the Buhari administration has increased borrowing in local and international markets to pay the bills. The petroleum industry provides 90% of Nigeria’s foreign income.

If things don’t improve, the government will have to cut spending and will struggle to service its existing debts, Ahmed said in October. Oil production averaged 1.7 MMbpd in the first nine months of 2018, according to data compiled by Bloomberg, 600,000 bbl short of the 2.3 MMbpd on which the budget was based.

Successive governments have failed for decades to deal with the Niger delta problem since ethnic minorities in the area began protesting against environmental damage and its impact on their fishing and farming livelihoods. The domination of the main ethnic groups — Hausas of the north, the Yorubas of the southwest and the Igbos of the southeast — and their grip on the oil riches, has fueled the resentment.

After the military government in 1995 executed nine Ogoni activists, including the writer Ken Saro-Wiwa, regional unrest spiraled into full-blown armed militancy in the past 15 years.

With Nigeria’s oil exports close to being crippled in 2008 by militant attacks, the then government of President Umaru Yar’adua cut a deal: stop the raids in return for amnesty and a rehabilitation plan for fighters, and a commitment to address the region’s demands for more local control of oil.

When Buhari started to cancel the deals, attacks resumed and oil production plunged.

While he eventually resumed the payments, nothing has been done to address a 16-point set of demands for more local control of oil resources and investment in infrastructure to achieve peace presented to Buhari by the Pan-Niger Delta Elders Forum in December 2016.

More than two years later, the discussions haven’t advanced, according to Edwin Clark, the 93-year-old leader of the forum.

Buhari now faces the choice of resolving the delta problem or kicking the can down the road as most of his predecessors did, according to Mitee, the rights activist who led the government panel that initiated the amnesty plan in 2008.

“If the government wants to just play along and do some appeasement during the four years and carry over the fundamental problems, then it will just be business as usual,” he said. “In this case, we are transferring the doomsday to the future.”