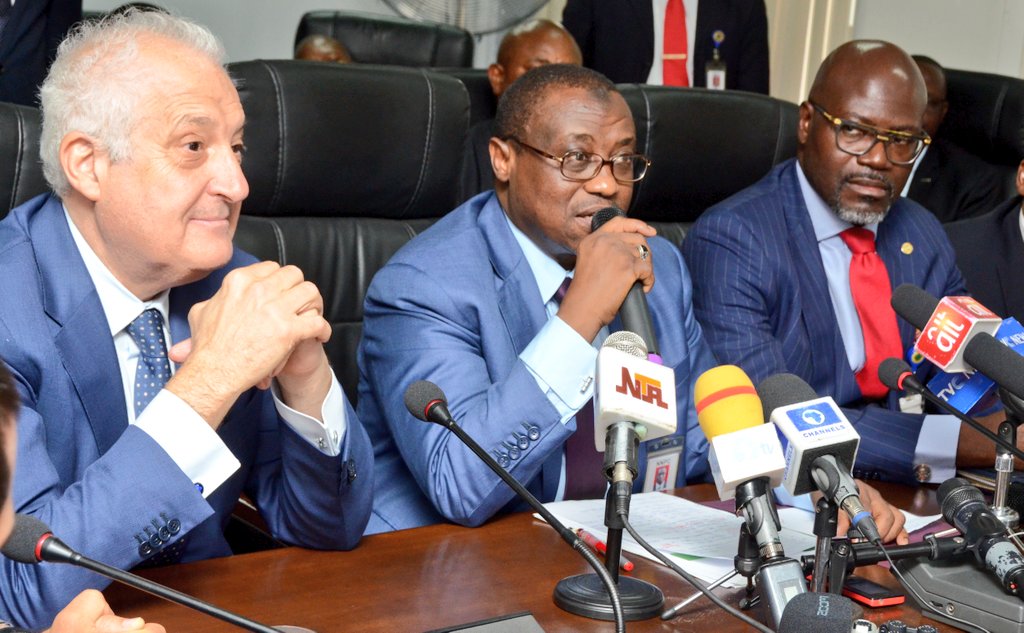 The exercise, flagged–off by an elated Group Managing Director of the Nigerian National Petroleum Corporation (NNPC), Dr. Maikanti Baru, at a kick-office-off meeting in the premises of the refinery in Port Harcourt, came 19 years after the last Turn Around Maintenance (TAM) exercise of the nation’s premier refining plant.

The release disclosed that Maire Tecnimont S.p.A is listed on Milan Stock Exchange with interest in international engineering and construction, technology and licensing, and energy business development, adding that the Tecnimont group had operations in 40 different countries, numbering about 50 operative companies with a workforce of about 5,500 employees.

The NNPC’s spokesman quoted the GMD as saying that at the end of phase 1, the Refinery complex should be able to reach 60 percent capacity utilization.

Mr. Ughamadu stated that NNPC was engaging in/NAOC as Technical Advisor to support the Rehabilitation of PHRC, saying NNPC/PHRC would leverage Eni’s extensive refinery supply chain network and warehouses to procure critical materials for the programme.

He noted that this first phase of the rehabilitation contract which would run for six months will involve detailed integrity check and equipment inspection of the Port Harcourt Refinery complex beginning from the end of March 2019.

The integrity test comes as a forerunner to the second phase of the rehabilitation project which entails a comprehensive revamp of the complex aimed at restoring the refinery to a minimum of 90 percent capacity utilization.

Subject to the successful completion of the integrity checks, Phase 2 of the project would be executed on an Engineering Procurement Construction basis by Tecnimont in collaboration with the original builders of the plant, JGC of Japan.

Speaking on behalf of the contractors, Antonio Vella, Chief Officer, Upstream, Eni, said all the companies involved would deploy all available modern resources to ensure effective upgrade of the plant.

Vella enthused that with the commitment of all parties involved, it was certain that NNPC would be able to celebrate the revamp of the PHRC that would lead to its full capacity utilization on schedule and in full safety.

It will be recalled that the NNPC had to abandon its earlier funding strategy by its DSDP Term Contractors/Consortia due to onerous conditions demanded after more than twelve (12) months of negotiations. NNPC has resolved to immediate direct funding from internal cash flows while it goes to the financial markets for debt financing. NNPC further segmented the Rehabilitation, to begin with, Port Harcourt Refinery Complex and then progress to Warri and Kaduna Refinery complexes using the same methodology.