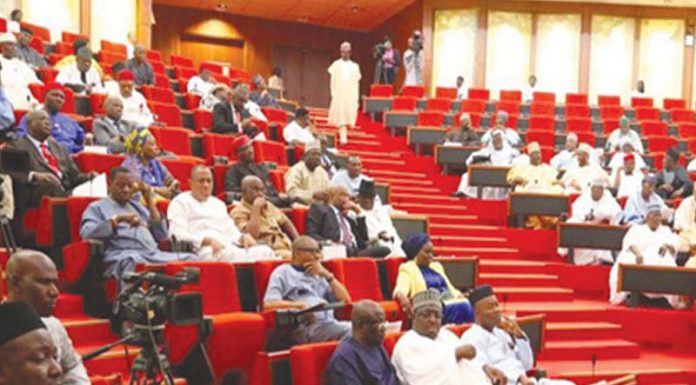 The Senate, Wednesday bowed to President Muhammadu Buhari’s positions on Petroleum Industry Governance Bill (PIGB) and six others he had vetoed, reviewing and passing them in accordance with the observations and recommendations of the president.

In the specific case of PIGB, Buhari had refused assent in August 2018, because of the provision permitting the Petroleum Regulatory Commission (PRC) to retain as much as 10 percent of the revenue generated, and the provision expanding the functions of the Petroleum Equalisation Fund (PEF).

Sequel to the lead presentation of the seven bills by the Senate Leader, Senator Ahmad Lawan, yesterday, the Committee of the Whole approved the clause-by-clause consideration of the bills.

In the new PIG bill, the Senate agreed with the president’s submission and reduced the revenue generated by the regulatory commission from 10 to five per cent.

The Senate had in March adopted the report of its Technical Committee on Declined Assent to Bills chaired by Senator David Umaru (Niger East), which worked on Mr President’s observations and redrafted the affected clauses in the bills.

Buhari had declined assent to the bills passed by the National Assembly citing several reasons, including financial constraints, negative impact on Nigerians, duplication of responsibilities of existing agencies, violations of extant laws and lack of consultation with relevant stakeholders.

In 2014, 47 out of the 360 members of the House of Representatives in the Seventh Assembly (2011-2015) were present when the bill was passed a few hours to the end of their tenure. But the bill failed to get the constitutionally required concurrence from the Senate.

The bill seeks to create efficient and effective governing institutions with clear and separate roles for the petroleum industry, establish a framework for the creation of commercially oriented and profit driven petroleum entities to ensure value addition and internationalization of the petroleum industry, promote transparency and accountability in the administration of petroleum resources of Nigeria; and foster a conducive business environment for petroleum industry operations.

Also on Wednesday, the Senate rejected the Bill for an Act to phase out Petrol Vehicles in 2035 and introduce Electric Cars.

This followed observations by senators on the impossibility of mandating Nigerians to stop the use of petrol vehicles.

Following the criticism of the bill, the sponsor of the bill, Senator Ben Murray-Bruce Bruce (Bayelsa East) decided to withdraw the bill.

He, however, raised a point of order, saying that posterity would judge him right for the need to embrace electric vehicles, adding that in no distant time, combustible vehicles would be phased out globally.

He said: “I can never quarrel with my leaders and friends but I want them to close their eyes and know they are in the 21st century.

“I own an electric car that I have been using for the past five years. It is cheaper to maintain and durable. So, the fears put forward by my colleagues are highly debatable.

“I will withdraw the bill but I want my colleagues to know they do not belong in the 21st century.”
Presenting the bill before its rejection, Bruce said one of the major advantages of use of electric vehicles is that it would help solve the problem of ozone layer depletion.

Contributing, Deputy Senate President, Senator Ike Ekweremadu, however, said there was no need for a law to be passed for Nigerians to switch from use of petrol vehicles to electric vehicles.

According to him, the provisions of the 1999 Constitution, which provide for freedom of movement sufficed.
He said: “I congratulate Ben Murray Bruce for his uncommon common sense and brilliant ideas in the lead debate but what is not common is the need to introduce a law to mandate the use of electric cars.

“If we go down in history donkeys were used as means of transportation and there is no law that caused people to begin to use cars.

“This is ancillary to section 41 of the 1999 Constitution, which requires freedom of movement. So, he should consider taking back the bill.”

“Besides, in economic sense, we are an oil producing country. So, we should do everything possible to frustrate the sale of electric cars in Nigeria to enable us sell our oil.

Also speaking, Senator Barau Jibrin (Kano North) said while electric vehicles no doubt would be more friendly to the environment and health, making its use mandatory was not feasible.

He said, “we have to look at individual net worth. Not all Nigerians can afford the vehicles at a given time.
“We all know the importance of vehicles in our daily activities. So, banning use of fuel cars will cause hardship, particularly for those who may not be able to acquire electric cars”.

In his remarks, Senate President, Dr Bukola Saraki, emphasised the need to move to other items on the day’s Order Paper since Murray-Bruce had withdrawn the bill. 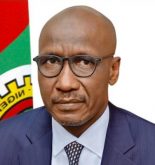