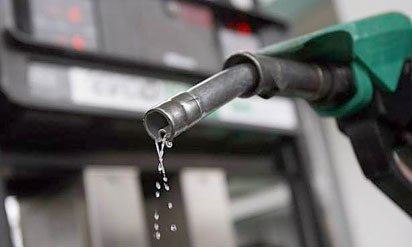 The international oil benchmark, Brent crude, surged on Monday to its highest level since late October 2018 after the United States President, Donald Trump, announced the decision to end waivers that allowed some countries to buy crude oil from Iran without facing US sanctions.

Brent, against which Nigeria’s oil is priced, has risen by about 40 per cent this year, aided primarily by production cuts by the Organisation of Petroleum Exporting Countries, as well as US sanctions on exports of crude from Iran and Venezuela.

The rise in oil prices means further accretion to Nigeria’s foreign exchange reserves, which have been increasing in recent months. The reserves stood at $44.736bn as of April 17, up from a 2019 low of $42.296bn on February 28.

The 2019 budget proposal, presented to the National Assembly on December 19 by President Muhammadu Buhari, was based on oil production of 2.3 million barrels per day (including condensates), with an oil benchmark price of $60 per barrel.

The US said early Monday that the waivers granted to eight countries would expire on May 2, after which they could face US sanctions themselves.

“This decision is intended to bring Iran’s oil exports to zero, denying the regime its principal source of revenue,” the White House said in a statement.

The US granted exemptions to eight key buyers of Iranian oil when it re-imposed sanctions on Iran after Trump pulled the US out of the landmark 2015 nuclear deal in May last year.

China, India, Japan, South Korea, Turkey, Taiwan, Italy and Greece were granted waivers to give them more time to find alternate energy sources but also to prevent a shock to global oil markets from the sudden removal of Iranian crude.

Since November, Italy, Greece and Taiwan have stopped importing oil from Iran, while the other five, however, have not, and have reportedly lobbied for their waivers to be extended.

Trump said on Monday that Saudi Arabia and other OPEC nations could “more than make up” for any drop in Iranian oil supplies to global markets.

Reuters reported in January that European refiners were turning to Nigerian crude oil grades following a drop in exports from Iran after the US sanctions on Iran, OPEC’s third-biggest producer.

It said a shortage of distillate-rich crudes in the Mediterranean caused by the dip in Iranian exports had redirected some supply of the likes of Urals, Azeri or CPC away from northwest Europe.

The Managing Director of Financial Derivatives Company Limited, Mr Bismarck Rewane, in a telephone interview with our correspondent, said, “Nigeria will benefit from the US decision to end the waivers but it is a short-term phenomenon. It is not sustainable. We will benefit from that but in the end, the economic diversification cannot be compromised.

“We need to pursue that aggressively because it is only a matter of time before the global demand for oil begins to drop below the supply and, therefore, the price will drop.”

He said India would buy more crude from Nigeria.

“India already buys a lot (from Nigeria); it is already buying almost 30 per cent of our crude. So, India is there for us,” Rewane added.

An energy expert, Mr Bala Zakka, said crude oil prices would increase on the back of the decision to end the waivers on Iran oil import.

“For Nigeria, generally, higher crude oil prices will mean higher revenue for the government,” he said.

He, however, added that the country would also have to spend more to import petroleum products as the landing cost would rise.

Zakka said the nation’s oil exports would continue to face rising competition from US crude, adding, “Some of those countries will prefer to be political allies of the US.”

Saudi Arabia said on Monday that it would coordinate with other oil producers to ensure an adequate crude supply “while ensuring the global oil market does not go out of balance.”