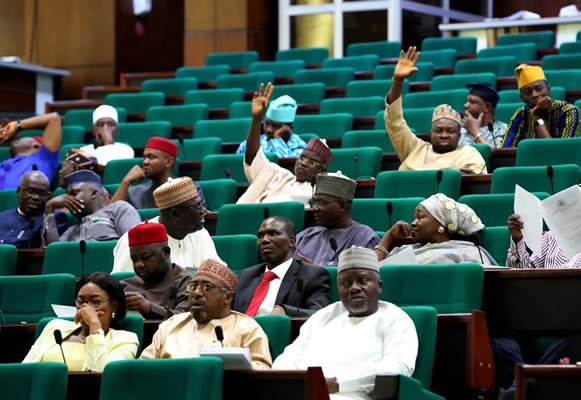 The House of Representatives, on Thursday, asked Total Exploration and Production Nigeria to refund $592m to the Federal Government.

The decision was taken following the consideration of the Report of the Committee on Gas Resources led by Fred Agbedi.

The committee investigated the contract for the upgrade of OML 58, upgrade 1, the execution of Obite-Ubeta-Rumuji Pipeline and the Northern Option Pipeline Projects.

Other recommendations are, “That a forensic investigative audit into the cost overrun emanating from all change orders, including $2.2bn on OML 58 Upgrade 1, $560m on OUR Pipeline and $528m on NOPL Pipeline Projects be conducted.

The House also considered the report of the same committee on the need to investigate the Contract for the Modification of the EGP 3B Production Platform following the Joint Venture Agreement between the NNPC and Chevron Nigeria Limited.

The legislature decided as follows, “That a supposed entity called Diakrino Services Limited, which was engaged by NNPC/NAPIMS to conduct a Value for Money audit at the cost of $1m, was not a legal entity as was confirmed by the committee from a search at the Corporate Affairs Commission.”

The lawmakers said the firm should also be apprehended and prosecuted for violating the Procurement Act, 2007.

When contacted, a spokesman for Total, Mr Charles Ebereonwu, told one of our correspondents that he was not aware of the development.