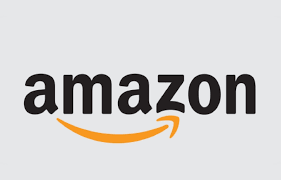 The Michigan-based startup will be building and delivering 100,000 electric vans to Amazon over the next decade. The first 10,000 will start hitting roads in 2021 and completing the delivery the next year, with all 100,000 EVs fully operational in Amazon’s fleet by 2030.

Bezos announced the Rivian deal at an event Thursday at the National Press Club in Washington, D.C., with a speech focused on climate change. That 100,000-unit fleet will eliminate 4 million metric tons of carbon emissions when fully operational, he said.

It also fits nicely into Amazon’s move to become the leading urban delivery company in the market – beating out UPS and Fedex for postal and overnight product deliveries – with much of that coming from Amazon’s growing warehouse network. Amazon is looking into drone delivery along with EVs to help seal its dominant delivery presence and its image as a global leader.

The vehicle purchase price and total expenditure weren’t revealed, but the deal will be separate from the $700 million funding pledge Amazon made in February.

Amazon said that it was inspired to make the $700 million investment by the electric pickup and SUV the company revealed in November at the Los Angeles Auto Show. Rivian didn’t have any customers then, but impressed visitors with sleek prototypes of the electric seven-passenger RS1 SUV and four-passenger RT1 pickup – featuring what the company claims will be a 400-mile-plus range.

Investors have been impressed with its rugged, longer-range EVs that can go off-road, haul cargo, and stand up to wear-and-tear. Another competitive edge has been beating Tesla to the commercial side of the business.

Rivian had looked like a losing cause initially with General Motors pulling out of its mission to beat Tesla to the commercial EV market. Then came Ford’s $500 million stake and Amazon’s backing.

Earlier this month, the company secured a $350 million investment from Atlanta-based Cox Automotive. A division of cable TV giant Cox Enterprises, the automotive division in recent years has secured its dominant position in automotive services through acquisitions of Kelley Blue Book, Autotrader.com, and NextGear Capital. The division had already owned Manheim Auctions, the largest auto auction chain in the US.

Investing a sizable chunk in Rivian shows that the Cox conglomerate has much confidence in its commercial EVs taking off.

Investors expect Rivian to learn from Tesla’s mistakes, which has suffered from having its three Tesla models not sharing many common parts. Rivian’s vehicle lineup will share the most expensive parts and components, including the battery pack and powertrain.

Opening a plant that can manufacture multiple EV models in the company’s early phase will offer the startup the capital it needs, said Sam Abuelsamid, principal analyst at Ann Arbor, Mich-based Navigant Research. Amazon’s EVs will share many of these parts in battery, powertrain, electrical components, and connectivity – but some of the interior and exterior are being designed specifically for Amazon.

“It’s a real vote of confidence from Amazon,” Abuelsamid said. “Buying early vehicles would be an indicator for other companies who are considering electrifying their fleet that Rivian is a company they need to take a look at if they’re going to do this. Amazon doesn’t make decisions like this lightly.”

The vans will be manufactured at Rivian’s production plant in Normal, Ill. They’ll be built alongside the Rivian SUVs and pickup trucks that the company plans to build in a former Mitsubishi plant.

Mitsubishi had been able to produce up to 250,000 vehicles annually from its plant. Rivian is expected to reach 100,000 units per year between Amazon, and its pickups and SUVs, In its early production years.

Rivian and Ford are planning on a yet-unnamed EV that the companies will partner on, which may also be built at the Illinois plant.

Ford intends to develop a new EV using Rivian’s flexible “skateboard” platform. That chassis has a thin, flat battery forming a deck, and a motor for each wheel. It’s also tied to the suspension, brakes, and a cooling system.

Rivian will be part of Ford’s $11 billion EV investment. Two of those other all-electric vehicles have been confirmed: a Mustang-inspired crossover coming in 2020 and a zero-emissions version of the best-selling F-150 pickup.