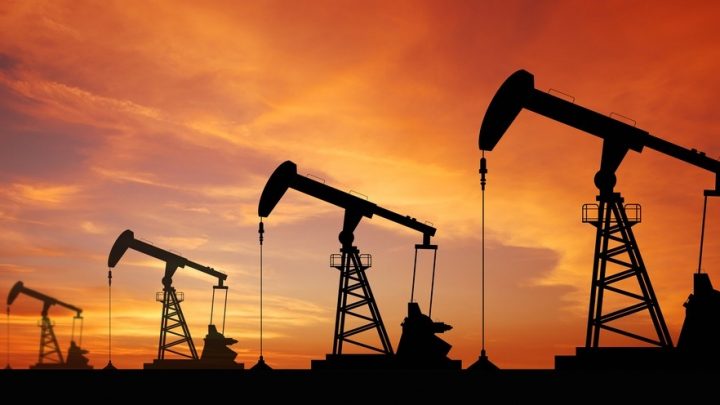 Booms and bust cycles are very much a part of investing in the fossil fuel sector. In previous energy downturns, prices frequently experienced serious slumps, but oil and gas companies mostly kept faith in their biggest asset: Oil and gas reserves buried deep in the ground. But things are markedly different this time around.

Faced with pandemic-driven demand destruction and a relentless call for climate-conscious and ethical investing, oil executives are resigning themselves to the uncomfortable fact that a significant amount of their vast oil and gas reserves will end up totally worthless.

So much so, that’s it may hardly be worth it to entertain new exploration at this point. And “discovery” news these days doesn’t tempt investors like it once did.

You know things have truly gone to the dogs when the likes of BP Plc.(NYSE:BP)– a company that doubled down on its aggressive drilling right after the historic 2015 UN Climate Change Agreement–finally gave in saying “..Concerns about carbon emissions and climate change mean that it is increasingly unlikely that the world’s reserves of oil will ever be exhausted.” BP has announced one of the largest asset write downs of any oil major this year after slashing up to $17.5 billion off the value of its assets and conceded that it “expects the pandemic to hasten the shift away from fossil fuels.”

BP owns a series of high-risk prospects including deepwater discoveries off Brazil, Angola and in the Gulf of Mexico. Its Sunrise deposit jointly owned with Canada’s Husky Energy Inc., has an abundant supply of bitumen estimated at 3.7 billion barrels but requiring a complicated extraction process.

On the opposite end of the spectrum, ‘arrogant’ ExxonMobil (NYSE:XOM) has resisted writing down any shale assets this year, remaining adamant that oil and gas values will eventually recover.
However, the decision of whether or not to declare their prized gems worthless might soon be taken out of Big Oil’s hands.

2025: D-Day for stranded assets
The Paris Climate Agreement set to limit global warming to no more than below 2 degrees by the turn of the century if our planet is to avoid catastrophic and irreversible climate change. But here’s the alarming news: Our current trajectory shows that we are heading for a 3.2 degrees temperature rise by 2100, which gives us a tiny 10-year window to severely curtail our greenhouse gas emissions or forever face the consequences of our folly.

Unfortunately, precious little has been achieved since the ratification of the Paris Agreement in 2016. Last year’s UN climate summit (COP25) in Madrid was a dismal failure with no new goals set despite hosting delegates from nearly 200 countries.

However, companies like Exxon that continue to value their oil and gas assets based on ‘business as usual’ government policies could be whistling past the graveyard. This is the case because these companies are working on the assumption that governments will not take any “forceful action” in a bid to combat climate change.

Yet, this view might be wishful thinking. Back in January, Andrew Grant, senior analyst at Carbon Tracker, had warned that new regulations regarding climate change are likely to be “forceful, abrupt, and disorderly” with decisive policy response likely to be seen from 2025 that will “seriously hit the fossil-fuel industry.”

Companies at the biggest risk
Grant’s warning appears to have aged well, with the global oil and gas sector expected to write off a staggering $300 billion in stranded assets in the current year alone, and nearly a trillion over the next few years if governments begin to get aggressive with global climate goals.

All eyes will be on the next UN Climate summit (COP26) set to be held in Glasgow, which will hopefully achieve much more than its predecessor.
Bearing this in mind, companies that have aggressively written off their stranded assets such as BP, Royal Dutch Shell (NYSE:RDS.A), Hess Corp.(NYSE:HES), and Occidental Petroleum (NYSE:OXY) could be safer long-term picks than others like Exxon that are still stubbornly clinging to their potentially worthless assets. Indeed, even long-suffering OXY is finally beginning to get some Wall Street love with JPMorgan recently upgrading the stock “given the magnitude of underperformance, the de-risking of the maturity wall and the recent stability in the oil price.”

Thankfully, even Exxon might slowly be coming to its senses after its recent decision to devalue its massive Kearl Lake mine north of Fort McMurray and ditch its debt-fueled US$30 billion-a-year plan to rebuild its aging worldwide portfolio.

America’s Big Oil is likely to be safe in the medium-term if Trump is re-elected, but could be in for interesting times if his chief Democrat adversary with his $5 trillion climate plan trounces him in the November elections. Trump has continued to roll back Obama-era climate regulations, with the EPA recently waiving federal requirements for oil and gas companies to monitor and repair methane leaks. Meanwhile, the Trump administration has approved a sweeping plan to sell drilling rights in Alaska’s 19M-acre Arctic National Wildlife Refuge for the first time ever. 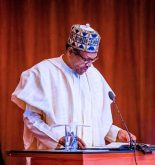