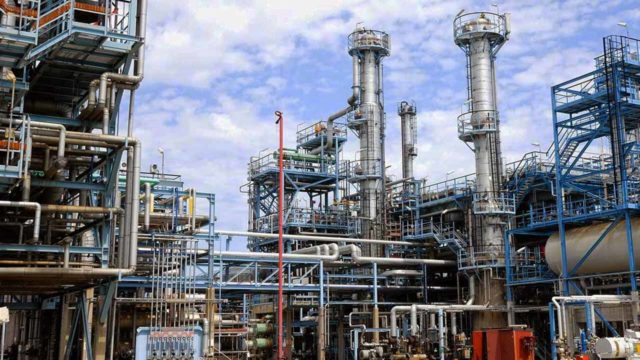 Stakeholders in the energy industry, on Thursday, called for cautious optimism and a public policy document as the Nigerian National Petroleum Corporation (NNPC) in Port Harcourt handed over the Port Harcourt Refinery to Tecnimont SPA for the commencement of the $1.5 billion rehabilitation project.

The concerns for most of the stakeholders included a transparent approach, commitment and a binding public policy document that would not only show that NNPC was serious about the project but also enable the public to monitor progress and see the justification in spending $1.5 billion on the asset.

Although the project had been greeted with criticism and skepticism, compliance with extant regulations on local content, insecurity as well as cost management are highlighted as major checklists as the project commences.

The Federal Executive Council (FEC) presided over by President Muhammadu Buhari, had in March approved $1.5 billion (about N575 billion) for rehabilitation of the 32-year-old refinery. Minister of State for Petroleum Resources, Timipre Sylva, had explained, thereafter, that contract for the rehabilitation was awarded to an Italian firm, Tecnimont SPA, and would be executed in three phases. The first phase is expected to be completed within 28 months, Sylva said, adding that the second and third phases would be completed in 24 and 44 months.

While the nation’s three refineries in Kaduna, Warri and Port Harcourt processed no crude in the last quarter of 2020, the state oil firm spent about N19.74 billion in maintaining them. Port Harcourt refinery specially gulped N5.75 billion in those three months.

Defending vigorously the need to rehabilitate the asset, Group Managing Director of NNPC, Mele Kyari, had said apart from following due process, building a new refinery in the class of the one in Rivers would cost the Federal Government between $7 billion and $12 billion.

Speaking yesterday at the facility handover, Kyari insisted that the first phase of the work would be completed in 24 months, adding that over 3,000 Nigerians would be employed to complete the work.

Represented by the Chief Financial Officer of the corporation, Umar Ajiya, Kyari noted that the country would do everything possible to refine its crude to stop total reliance on importation.

Urging the contractor to deliver the service accordingly, Kyari said: “It is the highest expectation of Nigerians that they see their refineries up and running.”

According to him, necessary approval that would lead to speedy implementation of the project would be granted while ensuring that the contractor receives needed support for seamless implementation.

Yinusa Yakubu, who is the Chief Operating Officer, Refinery at NNPC, equally stated the project would create lot of opportunities. To him, the number of expatriates at the site would be less than 2.5 per cent or about 70.

Managing Director of Port Harcourt Refinery Company (PHRC), Ahmed Dikko, said the facility has been made hydrocarbon-free in readiness for the handover, adding that about 95 per cent of necessary documents have been transmitted to the contractor.

He noted that host community issues have been addressed, stressing that upon completion, the contractor must ensure that it runs on a minimum capacity of 90 per cent of nameplates. Dikko equally noted that the contractor is expected to engage locals, adhere to health, safety and environment protocol, as well as use the refinery’s local facilities.

Given the level of criticism and fund being invested in the project, Chairman of the International Energy Services Limited (IESL), Dr Diran Fawibe, noted that the national oil company would need to come up with a public policy document on how the rehabilitation process would be carried out as well as a clear cut end game.

“It may be an unusual approach. But given the interest, especially the criticism that greeted the project, especially the cost, it will be better for NNPC to be open to the public on the project, looking at the fact that money had been spent on the refinery in the past without processing a litre of fuel,” Fawibe said.

He added that local refinery of petroleum products remained sacrosanct to provide employment, douse tensions and other challenges related to importations and burden on foreign exchange.

He expressed worry about the volatility of the oil market and the implications it posed for refined products being imported into the country, while stressing that the public needs to be convinced about the sincerity on the part of government.

An energy legal practitioner, Madaki Ameh, called for cautious optimism over the project, stressing that previous steps in that direction cast shadow on the rehabilitation exercise.

According to him, while there are concerns around the cost of the project, delivering according to stipulated time is necessary to ensure that the project don’t end as one of the many abandoned ones in the country.

Musa noted that government’s promise to end importation of fuel into the country remained elusive years after, stating that public trust on the refinery project is on line, given previous track records.

Meanwhile, the House of Representatives will invite President Muhammadu Buhari to appear before it and explain how the nation’s assets in the petroleum sector are being managed. The House also accused the NNPC of non-remittance of sold crude oil to the nation’s treasury overtime.

The chairman, House committee on Petroleum Resources (Upstream), Musa Seriki, disclosed this during an investigative hearing on the circumstances surrounding the revocation and award of oil mining leases (OML) in Abuja, yesterday.

Seriki lamented the refusal of the NNPC to make available relevant documents to the committee during one of its oversight visits, accusing the corporation of fishy deals.

Besides, the NNPC again failed to appear before the committee yesterday as scheduled, hence the committee’s decision to invite the president who doubles as the minister for petroleum.

The committee is seeking to establish the state of the nation’s assets in custody of NNPC and has issued several invitations to the GMD of the corporation, who has repeatedly failed to appear before it.

“NNPC does not keep records. We sent three letters to them to appear and explain to Nigerians how much they generate at given intervals, the contractors handling their projects and as well as explain how they spend their budget, but they repeatedly failed to honour our invitations. This suggests to me that they have something they are hiding from Nigerians,” he said