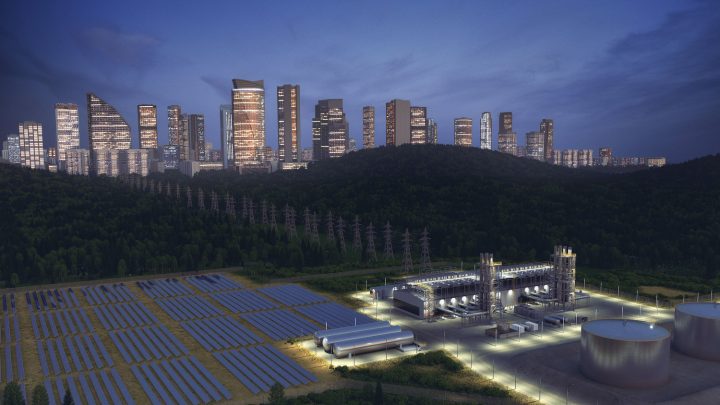 By Oke Peter
Speaking yesterday at the Wärtsilä Mozambique Energy Forum in Maputo in the presence of the country’s main energy decision-makers, energy experts from Wärtsilä presented the latest results of an in-depth study which models the role that renewable energy can play in building the most cost-effective and reliable power system in Mozambique.

Wärtsilä is a global technology group with considerable experience of African energy markets. In their study, two separate power system expansion scenarios have been modelled using advanced energy systems modelling techniques, with the objective to assess the financial and environmental impact of one key system parameter: The amount of renewable energy capacity that should be built into the Mozambican power system each year, leading to 2032.

The pressing challenge for Mozambique’s energy authorities is to ensure that the entire population gets affordable and uninterrupted access to electricity over the next decade. To meet the projected 1.3 GW of electricity peak demand increase by 2032, Mozambique must build significant new power capacity. A further 2 GW would be needed to support the planned development of the Beluluane Industrial Park in the Maputo province by 2037. Going forward, the development of new gas resources presents tremendous opportunities to rapidly increase gas-to-power capacity in the country. But Mozambique can also rely on its world-class wind and solar energy resources to rapidly increase power generation.

“Our new study addresses some of the key questions facing energy authorities in Mozambique today, starting with the relative share that renewable energy should have in the country energy mix. Should Mozambique cap new renewable energy capacity to 100 MW each year as it currently wants to do? Or should it build more of it? What would the optimal power mix look like in each scenario? Answering these questions is crucial to informing power system planning and strategy in Mozambique.”, explained Wallace Manyara, Business Development Manager, Region South & East Africa, Wärtsilä Energy.

In this report, Wärtsilä presents and compares two potential power system expansion scenarios for Mozambique, one with renewable energy capacity additions capped at 1 GW by 2032, and the other where renewable capacity is allowed to reach 3 GW by 2032. Each scenario has been modelled with a world-leading power system modelling tool to identify the most optimal power mix to be built year-by-year to provide additional electricity supply reliably and at the lowest possible costs.

The study reveals that the scenario featuring a high share of renewable energy in the power mix will be the most affordable and sustainable way to meet electricity demand over the next decade. Paired with energy storage and flexible gas engines to ensure grid balancing needs, maximising renewable energy will help reduce carbon emissions by 5M tonnes by 2032. This will also generate savings of $84 million dollars when compared to a low renewable energy deployment scenario.

The most competitive power expansion plan outlined in the report combines almost 3 GW of new wind and solar capacity, together with 1 GW of flexible gas projects, 205 MW of energy storage capacity and 50 MW of new hydropower capacity. It also plans for 1 GW of baseload gas projects to be built from 2022 to 2032, including the 450 MW Temane gas power plant expected for delivery in 2024.