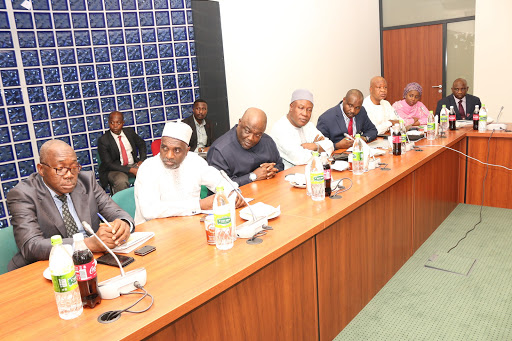 Determined to keep pace with anticipated increase in power generation in the country, the management of Transmission Company of Nigeria (TCN), announced plans to commission 1,400MW capacity transformers by the end of January, 2018, across the different geo-political zones of the country.The Interim Managing Director and Chief Executive Officer, Mr. Usman Gur Mohammed, made this known during a presentation titled “Transmission, Rehabilitation and Expansion Programme (TREP)” to members of the House of Representatives Committee on Power, on Thursday, 28th December 2017, in Abuja.According to him, the transformers when commissioned, will go a long way to improve the quality of power supply in the county, noting that since he assumed office in February 2017, more than 12 power transformers have been installed at less than 10 per cent of the contract sum by TCN’s engineers, as part of in-house initiatives.Speaking on the objectives of TCN’s Transmission, Rehabilitation and Expansion Programme (TREP) Mr. Mohammed explained that for Nigeria to make a headway in power supply, a good transmission grid network is required as the current wheeling capacity of over 6000MW needed to be further upgraded. According to him, the implementation of the program will help to rehabilitate, stabilize and provide necessary flexibility, put in place redundancies and increase wheeling capacity of the grid to 25,000MW.He list areas to be covered by the program and highlighted some of the initiatives put in place by management of TCN within the period under review to include; Azura evacuation, construction of 330kV substations and installation of 1x150MVA Power Transformer in Okpa/Kwale. Others are Extra Ordinary Tariff Review case submitted to NERC, Fiber Optic Concession Revenue Optimization, In-house Transformers and other equipment installations, Reorganization of Shipping and Expediting Department, Automated Meter Reading (AMR) Project and Loss Reduction.Mr. Mohammed also informed members of the Power Committee that TCN is collaborating with some agencies and state government to resolve certain challenges including Right of Way (RoW) which had stalled projects implementation in various states.Earlier in his remarks, Chairman of House of Representatives Committee on Power, Hon. Daniel Asuquo, stated that the purpose of the forum was for the committee to understand the activities of TCN and its projection for the future.The Interim IMD/CEO, was accompanied to the forum by Head (TSP), Engr. Victor Adewumi, Head (ISO), Engr. Mamman Lawal, ED (HR & CS), Mr. Ifeanyin Ezeukwu, ED (F & A), MR. Isa Dutse, Market Operator, Mr. Moshood Saleeman  among others
share
tweet
gplus
share