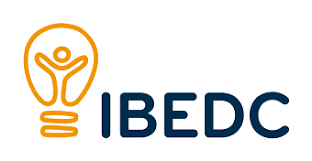 Ibadan Electricity Distribution Company (IBEDC) has said the 33KV lines to Lalupon town and its environs are under rehabilitation.

The IBEDC said in a statement on Wednesday, said that contractors were working assiduously to ensure that power supply would improve up to the tail end of Lalupon feeder by the end of March 2018.

The firm said communities from Lalupon had decried the prolonged power outage on the entire Lalupon feeder since 2014, the discontinuation of the agreed five-hour daily supply, the non-metering of the entire communities, the continuation of high estimated billing and the stoppage of work by the contractor handling the rehabilitation project.

In its response, the IBEDC said, “The entire Lalupon feeder has never been on total outage since 2014. Rather, the power supply challenge is from the Adeleye area to the tail end of the 33KV feeder, due to the lengthy nature of the 201.3km feeder, which covers 13 megawatts of power supply.

“We have divided the rehabilitation project into two phases: the long-term plan, which is the construction of a new 33KV feeder from the (33MVA) station at Iwo to link up with the existing 33KVA feeder at Lalupon; and the short-term plan entails repairing the faulty aspects like providing concrete poles, new aluminium conductors, Silicon type insulators and other materials to ensure that majority of our customers start to enjoy the immediate available power supply.”

According to the Managing Director, IBEDC, Mr John Donnachie, the company has commenced the short-term arrangement by giving an average of five hours of power supply daily to Lalupon except when major faults occur from the transmission end.

The IBEDC said the immediate past problem experienced was because a current transformer developed a fault, which caused the company to replace the item on emergency.

It said, “On Thursday, March 15, 2108, while we were trying to restore power supply to Lalupon town and its environs, we discovered a cable fault at our Adogba control room, thus causing another power outage on the 33KV lines. 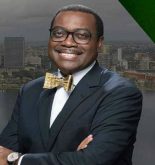