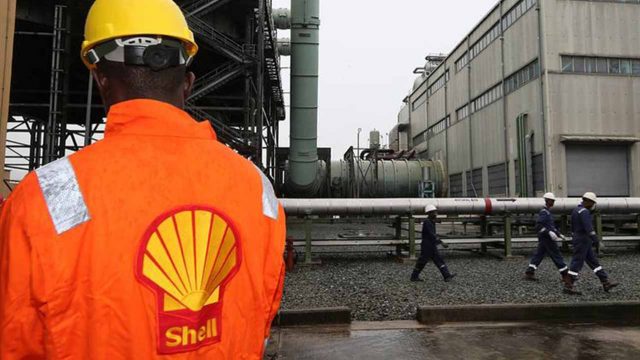 In 13 years of deep-water exploration, the Bonga vessel of the Shell Nigeria Exploration and Production Company (SNEPCo) has produced over 800 million barrels of crude oil.

In its review of the performance of the Bonga Floating Production, Storage, and Offloading (FPSO) vessel for 2018, Managing Director, SNEPCo, Bayo Ojulari, expressed satisfaction with the consistent availability and optimal performance of the vessel, which began operation at the Bonga field in Oil Mining Lease (OML) 118 in 2005 under a production sharing contract with the Nigeria National Petroleum Corporation (NNPC).

“We are relentless in our pursuit of excellence on all fronts, and this we have consistently demonstrated with the management of Bonga to the satisfaction of our government and co-venture partners,” Ojulari said in Lagos on Monday.
“We leverage the Shell group’s global expertise in technology and new advancements in the industry to continue to unlock Bonga’s huge potential. One such example was the completion and inauguration of the Bonga North West Cross Over module in 2014, a first in the history of Shell, which launched the beginning of a new phase delivering the reservoirs proven volumes and maintaining production of the FPSO at full capacity,” the SNEPCo boss added.

According to Ojulari, SNEPCo, with the support of NNPC and the co-venture partners – Total E & P, Nigerian Agip Oil Company, and ExxonMobil – has also done so much for Nigeria and Nigerians in its years of operations in revenue and taxes accruable to the government, and social investments in education, sports and health across the country.

In the last three years, SNEPCo has spent over $3 million yearly in scholarships and other interventions in schools across Nigeria including the popular NNPC/SNEPCo Cradle-to-Career scholarships for the six years of secondary school for children from rural areas.
The scholarships with over 375 beneficiaries since its commencement in 2014, cover tuition, boarding and maintenance allowances in leading schools in select Nigerian cities.
Ojulari said, “Our health and education programmes are aimed at improving healthcare; bridging the educational opportunity gap between urban and rural school populations; providing educational grants; improving ICT education; and supporting displaced persons.”

The Bonga Asset Operations Manager, Elohor Aiboni, described the FPSO as a jewel noting however that SNEPCo’s achievements did not come without their challenges. “We overcome our challenges with the ingenuity and integrated delivery approach of our staff who work together every day to deliver one of the best assets in the world.

“I’m proud to say that over 95 percent of SNEPCo’s staff are Nigerians and they have distinguished themselves as some of the best in the industry within and outside Nigeria.”

SNEPCo’s resounding performance, Aiboni said, had been delivered with zero fatality since first oil. “In 2016 the team also won the Shell CEO HSE Award for disciplined and focused safety culture.”

In recognition of its pioneering initiatives in Nigeria, SNEPCo was in early 2018 honoured as the best Nigerian oil and gas company in technology and innovation at the maiden edition of the Nigerian International Petroleum Summit (NIPS) held in Abuja for pioneering in-country Subsea Tree Refurbishment, a remarkable feat in local capacity potential which resulted in significant savings.

This was the first time in the Nigerian oil and gas industry that a Subsea Tree was fully stripped down and refurbished locally with all its original functionality restored.

The Bonga field increased Nigeria’s oil production by 10% when output began in 2005 and has since stimulated the growth of support industries in addition to helping to create the first generation of Nigerian oil and gas engineers with deep-water experience.

The FPSO has potential to produce 225,000 barrels of crude oil and 210 million standard cubic feet of gas per day.
The FPSO vessel’s capacity was upgraded in recent years, allowing SNEPCo to expand the field with further drilling of wells in Bonga Phases 2 and 3 and through a subsea tie-back that unlocked the nearby Bonga North West field in August 2014.

Bonga North West is capable of producing approximately 65,000 barrels of oil equivalent a day and was named Engineering Project of the Year 2015 at the prestigious Platts Global Energy Awards in New York. 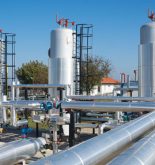