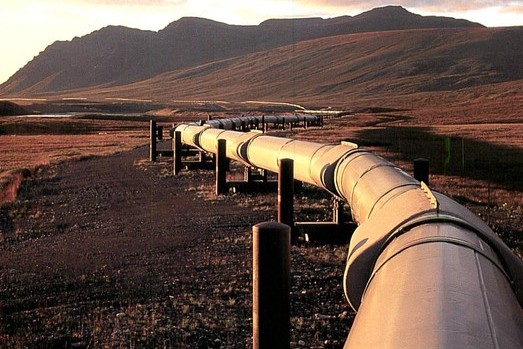 Oil prices gained roughly 18 per cent in January, the largest gain for that month of the year on record. “A break through $55 in WTI and $65 in Brent would be a very bullish signal for these and could be the catalyst for more significant upside, with oil having stabilised over the last few weeks following the post-Christmas bounce,” Craig Erlam, senior market analyst at brokerage OANDA, wrote in a briefing. Prices lost ground on Thursday, but there are plenty of bullish landmines lurking in the market, ranging from Venezuela and Iran outages, OPEC+ cuts, and slowing U.S. shale growth.

The U.S. government is considering a release of oil from the strategic petroleum reserve (SPR), timed with potential outages from Venezuela. Venezuela has exported roughly 500,000 bpd to the U.S., and because of American sanctions, those volumes are now in jeopardy. The only problem is that the SPR does not contain heavy crude. Already the market for heavy oil is tight while that for lighter oil is much looser.

U.S. refiners that import heavy oil from Venezuela are now looking for alternatives. Canada and Mexico have heavy oil, but have little scope to increase supply. “The region with the biggest shortfall of Venezuelan crudes, either through sanctions or inadvertently through further production declines is the U.S.,” said Michael Tran, commodity strategist at RBC Capital Markets, in a note. U.S. domestic medium and heavy sour grades, including Mars Sour, have seen their prices jump. “It’s nuts. Everything with sulfur in it is getting bid,” one U.S. crude trader told Reuters, referring to sour oil that is typically less desired. Valero (NYSE: VLO), Chevron (NYSE: CVX), and of course, Citgo, are the largest importers of Venezuelan oil.

PDVSA is scrambling to renegotiate contracts

PDVSA is trying to work around U.S. sanctions, seeking fuel swaps and intermediaries. “We are trying to redo the contracts. It is not yet entirely clear how because customers are being individually called, but we are studying alternatives,” a PDVSA source told Reuters.

Rosneft could lose out in Venezuela Rosneft has made billions of dollars’ worth of loans to Venezuela and could suffer if the U.S.-backed coup is successful. Rosneft’s share price fell last week after the U.S. recognized the opposition.

Plains All American (NYSE: PAA) and ExxonMobil (NYSE: XOM) are moving forward on the Wink to Webster pipeline, connecting Permian oil to the Texas Coast. The 1 million-barrel-per-day pipeline will expand midstream capacity while also servicing refineries along the Gulf Coast. Not coincidentally, ExxonMobil also gave the greenlight to a major expansion of its Beaumont refinery near the coast.

Alberta partially lifted the mandatory production cuts that took effect at the start of the year. The curtailments were aimed at reducing a supply glut, which was a symptom of the midstream bottleneck. The province had expected to lift some of the cuts in March, but is doing so earlier than expected, allowing another 75,000 bpd to come back. Western Canada Select prices have climbed sharply in recent weeks, and the potential outages in Venezuela have heavy oil, such as Canada’s, in high demand. “We’re not out of the woods yet, but this temporary measure is working,” Premier Rachel Notley said in a statement.

Crude-by-rail surging in U.S. Shipping crude oil by rail waned in importance over the past few years, but more recently has started to make a comeback as pipelines reach capacity. In October 2018, the U.S. saw 718,000 bpd shipped on railways, up 88 percent from a year earlier. Crude-by-rail shipments peaked in October 2014 at 1.1 mb/d. The uptick is the result of the bottleneck from Canada, which imposed painful discounts on Canadian oil.

Europe sets up SPV for Iran

Europe announced the launch this week of the “special purpose vehicle,” or SPV, that is aimed at allowing European companies to continue to do business with Iran despite U.S. sanctions. Few expect the SPV to amount to much commercially, but politically it is symbolically important, both in terms of Europe laying down a foreign policy independent of the U.S., and as a means to keep the Iran nuclear deal alive.

China’s state-owned oil companies are set to spend and drill at their highest rate since 2016, according to Reuters. “China’s trio of oil majors – PetroChina, Sinopec Corp and CNOOC Ltd – are adding thousands of wells at oil basins in the remote deserts of the northwest region of Xinjiang, shale rocks in southwest Sichuan province and deepwater fields of the South China Sea,” Reuters wrote.

Corporations turn to renewable energy In the U.S., spending on wind and solar up 13 percent in 2018 from a year earlier. Growth will more than double in 2019, according to Wood Mackenzie. Corporations are driving the growth, the Wall Street Journal reports. In a sign of the times, even Baker Hughes (NYSE: BHGE), the world’s third largest oilfield services company, is considering a pivot towards goods and services for the wind and solar industries, eying the long-term transition to cleaner energy.

Oil and gas exploration ticked up last year, and ExxonMobil (NYSE: XOM) led the pack. ExxonMobil was exceptional, both in terms of discovered volumes and value creation from exploration,” Rystad Energy head of upstream research Espen Erlingsen said in a statement. Exxon discovered close to 2 billion barrels in additional gross resources in the Stabroek block in Guyana.