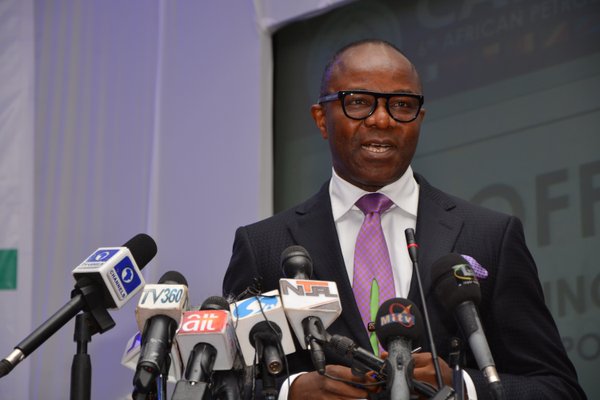 Efforts of the Federal government to eliminate gas flaring in the country got a boost on Thursday as the Minister of State, Petroleum Resources, Dr Ibe Kachikwu disclosed that over 800 Expression of Interest (EoI) have been received from various multinational companies jostling to harness gas currently being flared for greater economic use.

According to The Sun, the minister also revealed that the government had identified 176 gas flare points that would be outsourced to the qualified firms to harness the gas from those spots.

Speaking in Abuja on “The journey so far and the next line of action for the Nigerian gas flare commercialisation programme (NGFCP),” Kachikwu said 226 out of the 800 interested companies had paid the $1,000 for the bid, adding that their electronic applications had also been received.

He described gas flare as a major issue, revealing that Nigeria was currently 75 per cent compliant on ending gas flare but targeting to achieve a 100 percent.

He said: “Coming over to gas flare, we want to transform and convert it to useful energy that can be domesticated and used commercially to grow the economy. It would also provide job opportunities for the unemployed. A lot of work and time has been put into this since it was approved by the FEC in October 2016.

“We’ve put a gas policy in place and gazetted it. The DPR has digitized its operations to see ones done by mistake and gas flared carelessly.

“It’s become a health issue. We need to take it up. We can notice that Abuja is hotter than it used to be. We need to protect our environment from degradation.

“For now, our target for harnessed gas is for domestic application. We need to gases around locally before talking internationally.

“Just as it is in the industry policy documenindustrialovernment will increase the gas flaring penalty to an appropriate level sufficient to de-incentivise the practice of gas flaring whilst introducing other measures to encourage efficient gas utilisation.

“The first aim is to stop the use of firewood and diesel because they pollute our environment. We hope to move forward with the use of LPG, which is less harmful and also cleaner and more effective, ” the Minister explained.

Kachikwu noted that part of the government’s strategy to reposition the oil and gas industry was the commencement of the implementation of carefully conceived initiatives to foster efficiency and attract investments within the broad spectrum of the oil and gas value chain as embedded in the “7 Big Wins – Short and Medium Term priorities to grow Nigeria’s Oil and Gas industry.”

“In the National Gas Policy, the FGN made it clear that it will take measures to ensure that flare capture and utilization projects are developed, and will work collaboratively with industry, development partners, providers of flare-capture technologies and third-party investors.

“It will also open an industry consultation mechanism, as an important measure in ensuring flaring targets are feasible and regulations are realistic. It’ll maximise utilisation of associated gas for supply to power generation and for other industrial uses.

The National Gas Policy commits to ending gas flaring, creating an enabling environment for investors, seeking value addition for gas, and improving governance in the sector. The FGN will work to grant open access to all pipelines and other essential midstream infrastructure. With respect to the pricing of gas for the domestic market, which is largely controlled by the FGN under a transitional pricing framework, the current framework will be retained for a limited period until a sufficient gas market is established. The policy objective is to move to market-led wholesale gas pricing without gas price regulation, except where there are natural monopolies.