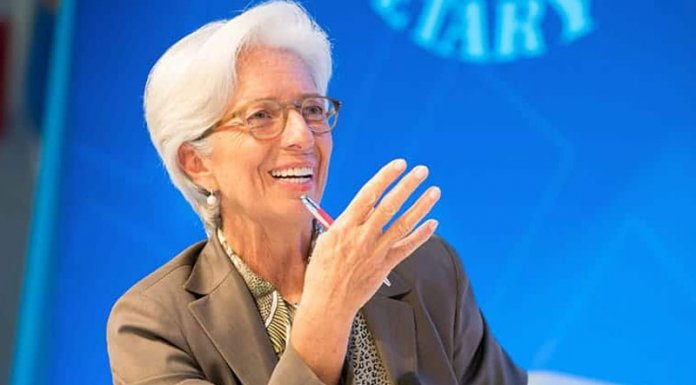 Also reviewing the sub-Sahara African countries’ situation, the World Bank Group said the level of poverty in Nigeria is getting worse despite other regions’ progress on shared prosperity.

Lagarde, who made the call Thursday during the Global Policy Agenda press briefing at the ongoing World Bank Spring Meeting in Washington DC, said subsidy spending was infringing on other critical areas of capital development, including health, education and infrastructure, hence the need for the government to refocus.

The IMF chief said it was the monetary institution’s general principle to discourage fossil fuel subsidies because of its consequences on other areas of life and development.

She said: “As far as Nigeria is concerned, with the low revenue mobilisation that exists in the country; in terms of tax to GDP, Nigeria is amongst the lowest. A real effort has to be done in order to maintain a good public finance situation for the country and in order to direct investment towards health, education, and infrastructural development.”

Highlighting some of the negative impacts of fuel subsidy, Lagarde said: “If you look at our numbers from 2015, it is no less than about $5.2 trillion that are spent on fuel subsidies and the consequences thereof. And the Fiscal Affairs Department has actually identified how much would have been saved fiscally but also in terms of human life, if there had been the right price on carbon emission as of 2015. Numbers are quite staggering.

“If that was to happen, then there would be more public spending available to build hospitals, to build roads, to build schools, and to support education and health for the people.

“Now, how this is done is the more complicated path because there has to be a social protection safety net that is in place so that the most exposed in the population do not take the brunt of those removal of subsidies principle. So that is our position,” she explained.

Speaking on the roles of IMF in global policy agenda, the IMF boss stated that “the global economy has entered a delicate phase. Growth is slowing, reflecting trade and geopolitical tensions, policy uncertainty, and one-off factors.”

“Monetary policy should ensure that inflation remains on track towards target and focus on anchoring expectations where inflationary pressures persist. Financial resilience must be enhanced, including by continuing to buttress micro-prudential supervision and strengthen micro-prudential frameworks that manage risk.”

Meanwhile, the World Bank Group has revealed that the level of poverty in Nigeria and other sub -Saharan African countries is getting worse despite other regions’ progress on shared prosperity.

It also said illicit transfer of funds from the region to the developed world has become a huge challenge that must be tackled appropriately.

Also speaking yesterday during the World Bank press briefing at the ongoing IMF/World Bank Spring Meeting in Washington DC, the President of the World Bank, Mr. David Malpass, said if the regional challenge is not tackled urgently before year 2030, it could push those countries into extreme poverty with the citizens most affected.

He said: “By 2030, nearly nine in 10 poor people will be from Africa, while progresses are predicted to be made in other regions. This is troubling and we must collaborate to address this. The World Bank Group is financially strong, but we have started meeting member countries to ensure this is addressed.

“We must coordinate resources to boost prosperities in Africa and other parts of the world. We are also talking to donors and countries involved to arrive at a sustained and workable approach.”

Malpass who has only spent three days as the president of the institution, said some of the concerns in the tackling of poverty and improvement of the economy in low and middle income countries include climate change, digital economy and capital flow.

He added: “Climate change is one huge challenge at the moment, and we believe the Bank’s goal in addressing it can be achieved. Digital economy will help boost economic development.

“Some countries have success stories that sub Sahara African countries and other countries can learn from. One of such nations is China which has been able to reduce poverty to a great extent.”

He also stated that on illicit financial flows, the bank would continue to work with nations to ensure such funds are tracked, and that financial flows should be done legitimately.

He also stated that Nigeria and 16 other countries were at risk of debt financial distress.

“Debt helps economies grow but if not done in a transparent way it can drag down such economies. That is why we need transparent disclosures of debts as they are created,” he said.