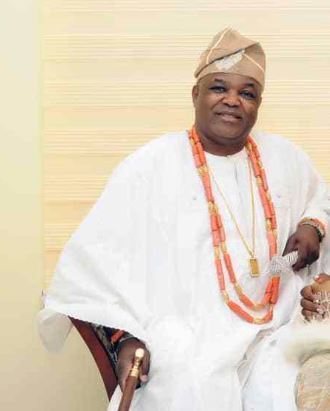 Otunba Segun Badipe is a Nigerian nuclear medical scientist based in the United States. He is also a health administrator and a public affairs analyst. With over 36 years’ practice in private and public health care management, Badipe speaks, among other things, on issues that border on Nigeria with a Diaspora perspective.

Having been a medical expert of three decades standing and as well conversant with the Nigerian health system, what do you think we are doing right or wrong in the country?

As a medical scientist, I have spent most of my life in health administration and public health care management. To my knowledge, I believe that attaining a good living in this country should be based on good structure and workable policies. I always feel like it is unfair to compare American standard with Nigeria because America is operating a viable system set overtime while, in Nigeria, what I see is pockets of disjointed system, and no coordination. Everybody is doing whatever they want. America operates a health system structured from child-birth to health prevention, to health maintenance, to hospital, to rehab, to formal health school and to end of life. It is what I call ‘the medical industrial complex.’ The US government, like other developed countries, has a regulatory regime in place that harmonises things. It is one thing to have regulatory policies in place and another is a regime that harmonises things. Health care system is like any other system that depends on institutions with basic infrastructures: Road, light, unpolluted air and all the other things in the society. If Nigeria has an efficient regulatory regime to harmonise, coordinate or liberalise things, it will perform better. Having said all that, I hesitate to compare the two because, in our state of development, there are more to be done with hope based on the promises of the new administration. America spent many years building the system. It did not happen overnight.

The US developed its country when technology has not got to the level it operates now. But with the rapid advancing hi-tech, must Nigeria wait for ages to get it right?

I really think in this country, government, either intentionally or unintentionally, tries to make the people feel like the only thing they need to do is sit down like subjects and not get involved in things they should. And the citizenry, somehow, consents to it. When some people complain about bad situation in the country, I usually ask, ‘what have you done to make things better?’ I think government comprises the common man and the ruling class. Government is not an abstract term. No one is powerless. Anyone can draw health regulators’ attention to issues of public concern appropriately. This is practicable in the United States and other places where rule of law is in strict observance. We live in the era of information technology made possible by the internet. Hoarding of basic information about governance and government activities is not good fothe r the country. When people cannot access information and ask questions about certain things, it tells how the country is governed by secrecy. I observed through online source that Lagos State is appropriating over 30 percent of her budget for capital projects. Federathe l Government, under President Goodluck Jonathan then, had less than 20 billion Naira voted for public works. It is unbelievable and then, most of it was going to recurrent budgets, and subsidy. In a country where people are suffering from a dilapidated infrastructure and poor health services, it is disgraceful. It shows where her priority is. Do you rather r spend more on recurrent budget than on the basics? With the state of our infrastructure, now in this country, we need something in the scale of $6 billion alone annually for infrastructural projects. We can afford it. The last time I checked on our revenue sources in this country, about $26 billion comes from Diaspora further than oil revenue in this country. If you may ask, all this money comes from remittance from Diaspora people through all the financial institutions. Athe nd when this money comes from abroad, it becomes part of Nigeria. Just last year, oil did not even give Nigeria up to $19 billion. All the ports in Nigeria gave less than $2billion. When you put all these together, we are in the neighbourhood of $40 billion. So, we can commit $6 billion annually to infrastructure, but it is a question of public commitment and resolve. China in the 70s was a backward country. They struggled with poverty and decided to put a 25-year-plan that includes spending about $400 billion annually on developmental projects in a sustained way. They did it gradually and got to where they are now. China is the only country that was growing at the rate of 25 percent at that time.

Do you believe that this can be achieved in this country?

Why not! It’s all about public commitment and national consensus. Everybody understands the connection between dilapidated infrastructure and rapid growth. But you must understand that there is no magic wand to rapid growth. It is a gradual process and the job is too enormous. Works and Power Minister, Babatunde Raji Fashola, deserves credit to some extent because he has tried to get to the root of these problems. The problem with power is lack of investment and if we sincerely need uninterrupted power supply, we have to invest through: ‘generation, distribution and transmission.’ We need something in the scale of about $400 billion over the next 10 years worth of investment, to bring us to maybe 65 megawatts. The highest I have heard in Nigeria is seven megawatts that power holdings cannot transmit and distribute. This tells you that there is an investment gap. Light does not come automatically, we need to invest.

How will it work?

Commitment from all level! When I listened to Fashola an explaining some of his challenges to the National Assembly, he mentioned how some, contractors could not deliver on a jon that were paid for, and how some have not also been paid in three years. But one thing I realise is that the commitment on a national level is not there. People just scream everyday about lack of power killing businesses while government takes it so lightly. When I got to Texas in US, I realised that they had similar problems. Some of their capital projects suffered same way, but they realised that contractors were not getting a reliable source of funding to carry out the works. They initiated what they called a ‘Lockbox’ system. The underlining philosophy behind the lockbox is that there is a deduction of 2 percent from about 4 revenue generating sources that goes straight to every day for that purpose. That’s how Texas survived ththe at the similar challenge. Nigerian government can create ththe is similar system and call it ‘infrastructural lockbox’ or any local name that will be the well understood. With this, the country can avoid crisis that comes from prolonged projects and unpaid contracts.

How can you sustain this with the level of corruption in the country?

You cannot rule out corruption in any system. Even Vice President Yemi Osinbajo mentioned in one of his trips to the US “that corruption is an existential thing”. That is to say that with all the wonderful ideas in place, kleptomaniac politicians will not keep their fingers off it. The issue here is that corruption happens in the atmosphere of secrecy without transparency. Seca recy is what leads to corruption in this country. If any government official or contractor knows that the public will have such information about how much they get for a contract, when they started and when they should finish, they will be afraid to fail. In Nigeria, a local government Chairman will get say N25 billion of government allocation, we may not know when it was signed, collected and what particular project it is for. He will pocket it because of lack of information and accountability.

With all the calls for restructuring, do you think this might help curtail Federal Government insensitivity to core needs in the country?

The word restructuring has been abused and misused in this country. It has not been well defined for the common man to understand the full meaning and impact it has on our economy. The people who don’t believe in it see it as a way of disadvantaging them in the polity. Maybe we should look for another name for it because restructuring in a Nigerian person’s ear is bad and unacceptable. We can call it rebranding or look for a native name to ameliorate its hyped anathematised impression. The essence is to make our institution and economy work for our people. Meanwhile, the way I see restructuring is to remove the impediments to development from the Constitution or documents that prevent us from living to our full potentials in the country. We must make a complete use of all our resources restructured for the benefit of our people without hindrance. Secondly, we must have a process of governance that serves our people with accountability. Any unaccountable government is a dictator. We can’t be living on assumption and expect the country to grow. A former US President, Thomas Jefferson, said, “Eternal vigilance is the prize of freedom”. We have to keep an eye on our government. I believe one thing we can copy from the West is ‘to have distrust on people with power’. Americans do not trust anybody with power because they can’t assume he will do the right thing with absolute power. This ideology is in their DNA and that’s why people don’t go for elective positions to enrich themselves.