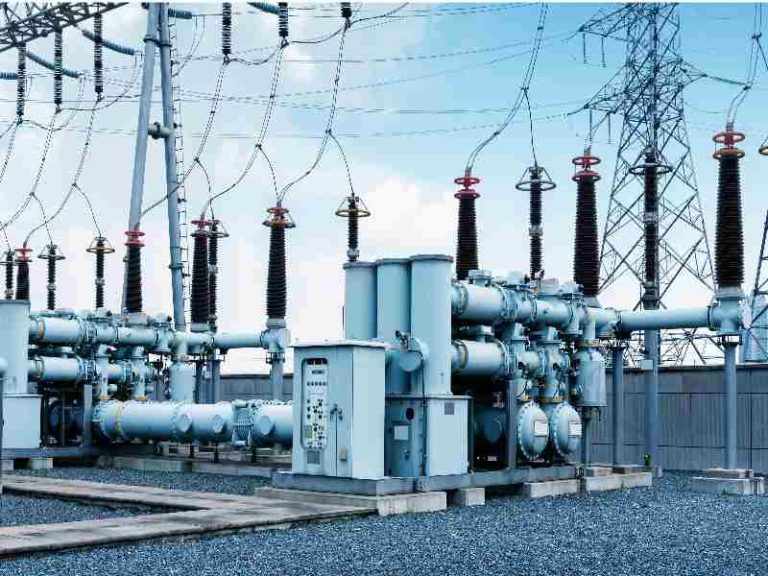 In its determination to put an end to the electricity problem in Nigeria, the Presidency has met with electricity distribution companies in a bid to resolve some of the issues affecting the electricity supply industry, our correspondent has learnt.

It was gathered that the Chief of Staff to the President, Mr Abba Kyari, had a meeting with the Discos last week, before the presidential inauguration, and the previous week, with representatives of the Ministry of Power, Works and Housing, the Bureau of Public Enterprises (BPE) and the Nigeria Bulk Electricity Trading Plc (NBET) in attendance.

It was learnt that the meetings were aimed at resolving the liquidity crisis in the sector and improving service delivery by the Discos.

The meeting examined power distribution projects that the German government could help the Discos with.

More than five years after the privatisation of the sector, the investors who took over the six generation companies and 11 Discos that emerged after the unbundling of the Power Holding Company of Nigeria are still grappling with the old problems in the sector.

Total power generation stood at 3337.2 megawatts as of 6.00am on Wednesday, down from 3,737.4MW on Tuesday, according to data from the Nigeria Electricity System Operator, an arm of the Transmission Company of Nigeria (TCN).

“The Chief of Staff to the President has met the Discos and they (government) are developing their own blueprint to solve the problem. They have met with us and have come up with some government-to-government arrangements whereby the government of Germany can help us, as distribution companies, in terms of providing equipment and the rest of them. We are waiting for how that will pan out,” an industry official told our correspondent on Wednesday.

He added, “All I know is that the government is frustrated…I get a sense that a lot of people that did not buy these assets are stoking the fire for nationalisation but common sense is beginning to prevail, that if the government takes back the assets, it will have to return the money the investors paid for the assets.”

The official highlighted the need for a regular meeting of all the stakeholders – gas supplier, Gencos, Discos, NBET, TCN, the Nigerian Electricity Regulatory Commission (NERC) and the Ministry of Power – to examine the issues in the sector.

“What we have now is a disjointed system; there is no central organ that is coordinating everybody,” he added.

“The liquidity challenge is partly attributed to the non-implementation of cost-reflective tariffs, high technical and commercial losses exacerbated by energy theft, and consumers’ apathy to payments under the widely prevailing practice of estimated billing.”

The Chief Operating Officer, Ibadan Electricity Distribution Company (IBEDC), Mr John Ayodele, who confirmed the meetings with the Discos, said, “They invited us and it is one of the government’s ways of helping to resolve the liquidity crisis [in the power sector]. I think the government is trying to wade in and see how they can use the government-to-government methodology to secure funding and investment by the German government. We were asked to list the projects needed to make sure we can deliver electricity and we did.

“The German chancellor was in Nigeria recently and one of the discussions with the President is what the German government can do to help. So, Siemens has been nominated, as a German company, to relate with us and see what we can do.”

He said the Discos were asked to come up with the requirements to make the sector better and improve services.

Last month, the nation’s power grid experienced what the Managing Director of TCN, Mr Usman Mohammed, described as the worst system instability since he assumed office. Power generation plunged to zero megawatt as of 6.00 am on May 9 and 10, according to data from the system operator.

The power grid has continued to suffer system collapse over the years amid a lack of spinning reserve that is meant to forestall such occurrences. It suffered 75 collapses between May 29, 2015, and June 5, 2019, the data showed.

The system operator put the installed generation capacity in the country at 12,910.40MW; available capacity at 7,652.60MW; transmission wheeling capacity at 8,100MW; and the peak generation ever attained at 5,375MW.

But the actual generation has mostly hovered around 3,000MW and 4,500MW in the past few years.

The Executive Secretary, Association of Power Generation Companies, Dr Joy Ogaji, in a telephone interview with our correspondent on Wednesday, noted that the power situation had not changed.

She said, “The players are ready to play in the sector but there is no coordination; there is no leadership, discipline and corporate governance. The more government delays in putting its act together, the more money the country is losing.

“Let all stakeholders come together in one room and discuss the problem so that we can solve it together. We, Gencos, are tired of the current situation. We don’t want any intervention because it does not help us. I cannot enter into any long-term agreement because that money, N701bn, was for two years, and nobody is ready to enter into any two-year agreement with me. Power generation contracts are long-term in nature.”

The Federal Government, in March 2017, launched the Power Sector Recovery Programme with the major highlight being a Central Bank of Nigeria-funded payment assurance guarantee for two years to the tune of N701bn. The fund, which was expected to cover the shortfalls of NBET, was targeted at Gencos and gas suppliers for power generated and future power generation.

Ogaji said the new administration of President Muhammadu Buhari should put capable people in leadership positions in the power ministry.

The entire value chain of the power sector, from generation to distribution and transmission, was managed by the Federal Government until November 1, 2013, when the sector was privatised.

The TCN, which manages the national grid, is still fully owned and operated by the government.