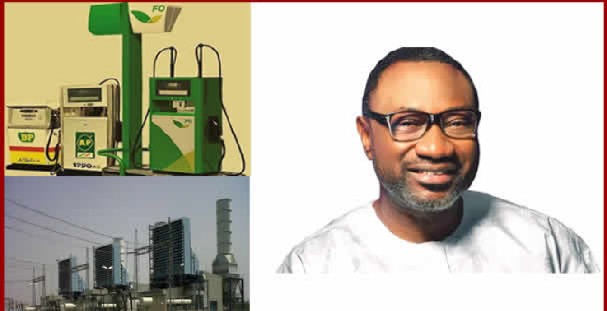 In a move that trails a series of announcements concerning his decision to back away from the downstream oil business, Otedola has switched business focus to the power sector, in particular, the Geregu gas and power project.

Otedola’s market action follows the completion of the sale of 75 percent of his investment interest in FO, which is reported to be around N64 billion.

In divesting from the company Otedola, in a release issued today June 19 2019 noted that, “A few years ago, my team and I embarked on an arduous task of transforming a moribund petroleum marketing business, African Petroleum Plc (formerly British Petroleum) into Forte Oil Plc; a leading integrated solutions provider with solid footprints in downstream petroleum marketing, Upstream Services and Power Generation and one in which we built intrinsic value to the benefits of our shareholders.”

He pointed out that in line with his tried and tested principle of business focus, “we have divested from our marketing and upstream businesses and shall from now on focus and consolidate on the gains of our power generation business, Geregu Power Plc.

We wish our successors the very best and urge them to build on our legacies which have been established since 1964.” By leaving the FO turnaround legacy, Otedola attempts the challenge of running a profitable and scalable power franchise.

The Geregu Power Up
The move into the power sector is a strong strategic realignment of business objectives with national pain points. By migrating from the Oil business, Otedola has made a bold statement concerning his interpretation of the changing local business environment where the power sector is likely to appear more sustainable and profitable.

Improve domestic power supply by at least 400 additional megawatts.
Operate a power plant that would be supplied feedstock from a SIEMENS 3 x 138MW V94.2 Gas Plant. The gas plant would increase the domestic use of gas and serve to improve the power output value chain, but with a likely review of domestic gas supply costs being advised to ensure optimization of the power production process.
Partly bridge the current power supply gap between consumer demand and national grid supply which would be partially offset by the full operation and future expansion of the plant.
Create a more efficient nexus between the power generation value chain and the retail power market, which has been characterized by difficult conversations between generating companies (Gencos), distribution companies (Discos) and the regulatory authorities, the Nigerian Electricity Regulation Council (NERC).
Create a smoother generation framework through integrating feedstock production and power generation, thereby relieving the power value chain of challenges that regularly occur between gas suppliers and energy providers.

Nigerian Gas Company (NGC) will still supply gas to Geregu, but with its storage and gas infusion plant in play the energy process is cheaper based on economies of scale, this may be a significant game-changing move for Otedola against the backdrop of the Dangote 650,000bpd Lekki Oil refinery coming into contention in 2020

Fighting past the pain
Nigeria’s power sector has been in a complicated muddle for years. The nexus between generation and retailing has been adversely affected by a series of problems ranging from pricing to cost recovery and consumer payment defaults. The inability of the value chain to create predictable cash flows across the production and consumption cycle may prove a difficult but surmountable proposition for the Geregu project.

Otedola’s known tenacity and clarity of purpose may prove useful in meeting head-on the perceived obstacles to the power business in Nigeria. By selling off its downstream operations in Nigeria and its operations in Ghana, the company increased its liquidity, reduced short-term debt to equity ratio and upscaled its operations in mining and gas. The move means the company has exited the high turnover low margin end of the oil business and settled into the capital intensive but operationally more profitable upstream activities. The strategic decision will effectively change FO’s operational life cycle and business risk.

The upstream activities may need to see a tightening of business protection risk as a lot will ride on the outcome of trade relations amongst major global trading partners and the pace of development of alternative energy sources. FO’s gas business is likely to subsist profitably for another decade, but the same prognosis may be difficult to ascertain for its Oil activities.

FO’s ongoing strategy rework
Femi Otedola’s cashing out of FO has not stopped the company from restrategising and setting up forward-looking targets for itself (see Proshares report Forte Oil Plc – Business Repositioning Signals New Dawn – May 17, 2019).

FO without Otedola may begin to build a strong institutional brand devoid of the brand equity of its original majority shareholder; this could prove to be a boon or a bane depending on how strongly it improves corporate governance, strengths internal control processes, cuts down operating costs and ramps up working capital. FO’s downstream refocusing is consistent with a general shift in incomes once the Aliko Dangote Refinery and fertilizer plants become operational within a year.

The Dangote Refinery may squash margins further for oil retailers as petroleum subsidy benefits will virtually disappear. The absence of government subsidy in white oil products such as PMS and DPK would make downstream Oil operations precarious.

The upstream operations will equally not be without its problems of falling global Oil demand and persistent oversupply threats from Shale Oil producers; the higher the price of Crude Oil in international markets, the more the commissioning of new rigs and growing production from marginal fields.

FO’s Investors Prospects
So far, FO’s market performance in 2019 has been flat. The stock’s price moved within a trading channel of between N25 per share and N30 per share from January 2019 to the middle of May 2019 when news of the Otedola near financial exit spurred a spike in price. From May 17, 2019, the stock gradually declined to its 12-week norm before rising sharply again on June 19, 2019, when the new owners of FO crossed equity interest with the previous majority shareholder.

A total of 970,166,694 units of Forte Oil Plc were done as off-market trades today at N66.25 in five deals. These deals were negotiated deals between Stanbic IBTC stockbrokers as a buyer while APT Securities and Funds Ltd, WSTC Securities Ltd and Quantum Zenith Securities Ltd were sellers.