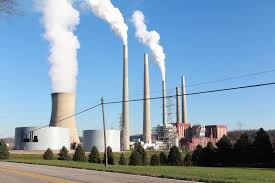 The National Union of Electricity Employees (NUEE) has issued 14 days ultimatum to the Federal Ministry of Power to pay more than 2,000 workers that were disengaged from the defunct Power Holding Company of Nigeria or risk industrial action from electricity workers.
The union gave the ultimatum on Wednesday during a media briefing in Lagos.

It noted that the ministry had failed to implement the agreement arrived at between members of NUEE, the ministry and other government agencies on December 11, 2019.

Recall that the union had embarked on an indefinite general strike on December 11, 2019, which led to total blackout across the country.
The strike action followed crisis in the power sector at the expiration of the 21-day ultimatum issued by the union.
The agreement was reached during an extensive engagement with stakeholders in Abuja.

The General Secretary, NUEE, Joe Ajaero, explained that during the union’s last meeting with the Minister of State for Power, Mr Goddy Agba, the Bureau of Public Enterprises was absent, necessitating a request for the subject of workers’ remuneration to be excluded from the discussion.

He said the minister had opposed the exclusion, saying he was competent to discuss BPE issues.
However, he was unable to provide information and update on the BPE and payment verification of the former workers of PHCN, Ajaero said.

He added that due to the heated argument generated, the minister of state decided to suspend and adjourn the meeting indefinitely.

He said, “The union stayed back as a display of maturity and retired to the office of the Permanent Secretary, Ministry of Power, where another meeting took place between the union and the permanent secretary.

“It is in view of this non-ministerial behaviour of the Minister of State, Power; the Union wishes to demand an unreserved apology for the abuse of privilege and the undermining of the interest of workers in the sector,” he said.

NUEE said that the Director General, BPE, Mr Alex Okoh, had confirmed the issue of 16-months underpayment of severance benefits, under-remittance of pension as well as 7.5 per cent pension component, and promised that modalities would be worked out on the payment.

The union called on the Presidency to advise officers whose interest ran contrary to the policy of the government to avoid undermining the policy directives of the Federal Government.