Five million Nigerians and counting; millions of small businesses switching off dirty generators; industry, schools, universities and health clinics with stable power – all because they finally have access to affordable, reliable off-grid solar energy. And will continue to, because commercial suppliers and investors have built a long-term market, proving the case for off-grid solar that the government now actively supports.

It’s the result of UKaid’s Solar Nigeria Programme. But it wouldn’t have happened without a remarkable woman who championed Solar Nigeria and the innovative approach it took to ensuring that this project would succeed where so many previous efforts had failed.

At the start of this year, Damilola Ogunbiyi became the new CEO and Special Representative of the UN Secretary-General for Sustainable Energy for All (SEforALL) and Co-Chair of UN-Energy.

She was appointed to this prestigious role largely because of her track record in introducing clean energy in her own country – including her energetic efforts to back Solar Nigeria. “Every truly effective project needs a champion, and for us, that champion has been Damilola,” said Matt Uzzell, who oversaw the project for Adam Smith International, the company that delivered Solar Nigeria on behalf of UKaid.

“She had the vision, the stamina and the connections to build enthusiasm across the Nigerian government and the private sector.” “Not just me!” protests Damilola on a recent Solar Nigeria webinar. “Many exceptional young Nigerians were involved – all dedicated to making solar viable.” Damilola was instrumental in the success of Solar Nigeria, initially supporting the project during her time at the Lagos State Electricity Board where she was the first female general manager, and later as she moved to the Office of the Vice President of Nigeria, working on policy reform of the power sector.

From there, she became the (first female, again) managing director of the Rural Electrification Agency (REA). “I thought I had upset somebody – it was not a glamorous appointment,” she quips. But at REA she pulled off another first by attracting $550 million of financing from
the World Bank and the Africa Development Bank to rapidly construct solar mini-grids and deploy solar home systems across Nigeria.

And she was responsible for the Energizing Education and Energizing Business projects, bringing off-grid captive power to universities, teaching hospitals, markets and economic clusters – which closely tracked with the work of Solar Nigeria. “Data is so important,” says Damilola.

Before undertaking any of these initiatives, her teams did exhaustive audits to understand the resources and the opportunity – providing detailed analysis of energy, markets and consumers that would underpin private sector-driven solutions. From her new office in New York, she takes enormous pride in how far Nigeria has come in just a few years.

“This is an economy that relies on oil and gas. And yet the government’s post-Covid recovery plan targets 5 million new solar connections and a commitment to remove fuel subsidies.”

The shift of policy comes from initiatives such as Solar Nigeria, which worked to her formula of how to partner with donors to get results. First, make the case with the data and evidence. Don’t expect policy change first – prove that the private sector can sustain a market for off-grid solar and then supportive policy will follow. In short – show it works first before asking for support!

Second, do what the country needs, not necessarily what donors tell you to do. That means donors listening to governments and local experts.

And Damilola’s third ingredient for success: invest in exceptional young Nigerians. “I am passionate about that. I was young back then, and UKAid and ASI invested in me. Without them, I would never have had the opportunity to head organisations and make a difference.” Now that she is making a difference, promoting sustainable energy at the global level, she is firmly committed to continuing mentoring and empowering young people to encourage the young women who will follow in her footsteps.

True to her values, she has already proven she means it by creating the Lagos State Energy Academy to help young people build their skills and capacity in renewable energy technology. 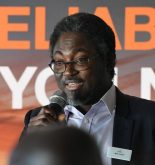 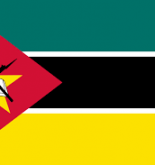