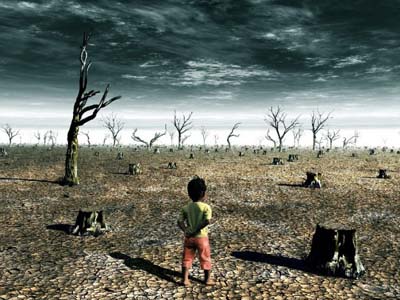 South African Minister of Forestry, Fisheries and the Environment, Barbara Creecy, has emphasised the importance of paying special attention to particularly vulnerable individuals, households and communities as the country feels the effects of the global climate change crisis.

Delivering her department’s 2022/23 budget vote to the National Assembly, the Minister said climate change-induced disasters are the most significant threat to people, economies and the natural world today.

She said the recent floods in KwaZulu-Natal illustrated the human tragedy behind the 6th International Panel on Climate Change Report.

“Women and girl children living in rural areas are directly impacted by climate change and the increase in changing weather patterns and natural disasters.

“It is imperative that we face the urgency of the climate crisis. Climate resilience will need to be built across the system and special attention must be paid to particularly vulnerable individuals, households and communities.

“As the providers of food, fuel and water for their families, they have an important role to play in climate change policy development and management in South Africa,” Creecy said.

Climate change will also affect the creation of a just energy transition framework
The current work by the Presidential Climate Commission to support the co-creation of a Just Transition Framework for South Africa emphasises that all people affected must be part of developing solutions, and that there must be an equitable distribution of risks and opportunities so that vulnerable workers and communities do not carry the burden of change.

“The process can only succeed if it helps us with our broader developmental objectives, namely, economic inclusion, employment and building a more equal society.

“In line with our revised ambitious Nationally Determined Contribution (NDC) to reducing greenhouse gas emissions, we have developed the Sectoral Emission Targets (SETs) framework that outlines emission reduction goals for key sectors of the economy. The process of allocating SETs will start in the 2022/23 financial,” the Minister said.

Through the National Climate Change Adaptation Strategy, all 44 district municipalities have been supported to develop climate change adaptation strategies. Current work includes support to ensure the integration of climate priorities into the Integrated Development Plans.

“A Presidential Climate Finance Task Team, headed by Daniel Mminele, is leading a technical team to understand the full details of an offer by developed countries to mobilise $8.5 billion (R131 billion) over the next three to five years to support the implementation of our revised NDC and to begin our Just Transition,” the Minister said.

“These reports are untrue. Weather warnings were issued ahead of the floods from 11 to 12 April and were updated with the intensity of the weather event, to a Level 5 warning on the morning of 11 April, and to a Level 8 warning or severe impact by 8pm that night.

“To ensure, despite revenue shortfalls, our forecasting ability is state-of-the-art, we have allocated the South African Weather Service an amount of R100 million over three years to upgrade its infrastructure, starting with R15 million in 2021-2022,” Creecy said.

The regulations for implementing and enforcing priority area air quality management plans will be published before the end of 2022.

“To improve waste management in municipalities, the department is not only assisting in the development of their Integrated Waste Management Plans and training local government on sustainable waste management practices, we are also donating vehicles required to transport waste to landfill. This includes skip loader trucks, front-end loaders and compactor trucks,” the Minister said.

Referring to seismic surveys along the country’s coastline, Creecy said the department intends to develop a research programme on seismic surveys and their impacts on local waters.
This will begin this year and will analyse the footprint of seismic surveys that have already taken place in South Africa’s Ocean Exclusive Economic Zone.

Collaborating to fast forward Africa’s energy transition and how South Africa’s Just Energy Transition Partnership could point the way for other African countries; the effect of the COVID-19 pandemic and climate change on Africa’s investment landscape; and smart grids to future-proof Africa’s energy systems will be discussed at Enlit Africa.