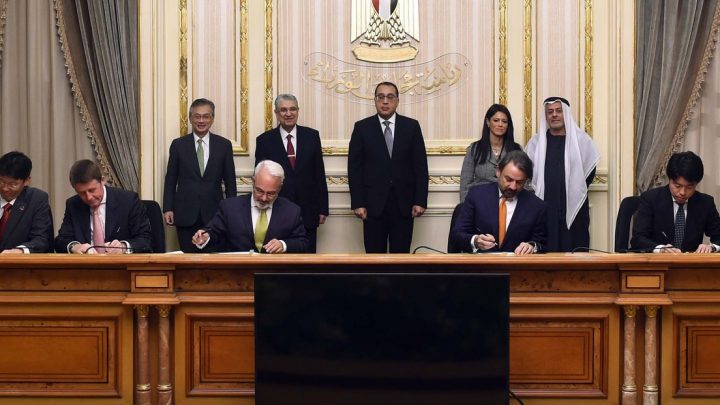 •The 500-megawatt PV plant will be developed, owned and operated by AMEA Power

•The 500-megawatt wind farm will be the largest in Africa

By Oke Peter
AMEA Power, one of the fastest growing renewable energy companies in the Middle East, announced today that it has achieved the financial close to deliver 1GW of renewable energy projects in Egypt.

The landmark 500MW wind and 500MW solar projects, represent US$1.1 billion of investment into the Egyptian economy and takes the Company’s clean energy portfolio to 2GW in the country.

AMEA Power will develop, own and operate the 500MW solar PV plant, which will be located in the Aswan governorate of Egypt. The Project is being financed by International Finance Corporation (IFC), part of the World Bank Group, Dutch Entrepreneurial Development Bank (FMO) and the Japan International Cooperation Agency (JICA).

The 500MW wind farm, located in the Red Sea Governorate, is being developed in partnership with Sumitomo Corporation, who will own 40% equity in the Project. Financing is being provided by a consortium of banks, including Japan Bank for International Cooperation (JBIC) and IFC, together with Standard Chartered Bank, Sumitomo Mitsui Banking Corporation, and Sumitomo Mitsui Trust Bank participating as co-lenders under Nippon Export and Investment Insurance (NEXI) cover.

Both projects have already secured Power Purchase Agreements (PPAs) with the Egyptian Electricity Transmission Company (EETC) and Usufruct Agreements, with the New and Renewable Energy Authority (NREA) having already completed its feasibility studies.

Hussain Al Nowais, Chairman of AMEA Power, said: “These landmark projects reflect the long-term commitment, ambition and growth of AMEA Power. The Company is leading the development of renewable energy across Africa, which through its global and regional partnerships, will deliver clean energy to millions of people around the continent.

“We are proud to reach this significant milestone and to be supporting Egypt in its energy transition journey and drive to accelerate sustainable development. Today’s achievement would not have been possible without the hard work of AMEA power’s world class team, the support of our project partners, lenders, advisors and the cooperation of the Egyptian government.”

The projects will underpin the renewable energy ambitions of Egypt, along with supporting economic and social development within the region. The Egyptian government is working towards increasing the supply of electricity generated from renewable sources to 42% by 2035.

“These projects highlight the private sector’s essential role helping to deliver clean, affordable power, especially at a time of growing challenges from climate change and pressures on the environment,” said Cheick-Oumar Sylla, IFC Regional Director for North Africa and Horn of Africa. “Egypt has ambitious renewable energy goals and we are proud to support AMEA’s expansion into Africa as well as its partnership with Egypt to accelerate the country’s renewable energy transition.”

AMEA Power has also recently signed a Framework Agreement with the Egyptian Government, on the sidelines of the United Nations Climate Change Conference (COP27) in Sharm El-Sheikh, to develop a large-scale green hydrogen project, which will serve as a feedstock for the production of green ammonia. Once completed, the 1GW plant will be able to produce 800,000 tons of green ammonia per year for export.

AMEA Power is rapidly expanding its investments in wind, solar, energy storage and green hydrogen, demonstrating its long term commitment to the global energy transition. The Company has clean energy pipeline of nearly 6GW across 15 countries.